CD3 at a Glance

Minnesota’s Third Congressional District (CD3) is one of the most affluent in the state, encompassing the suburbs of Hennepin County to the north, west, and south of Minneapolis. CD3 is made up of a large portion of the western suburbs of Minneapolis and Saint Paul and includes portions of Hennepin and Anoka counties.

As an organization, the CD3 Republicans work to:

1. Further the principles of the Republican Party within the Third Congressional District.

2. Manage the affairs of the Party within the District.

3. Expand membership and participation within the Party. 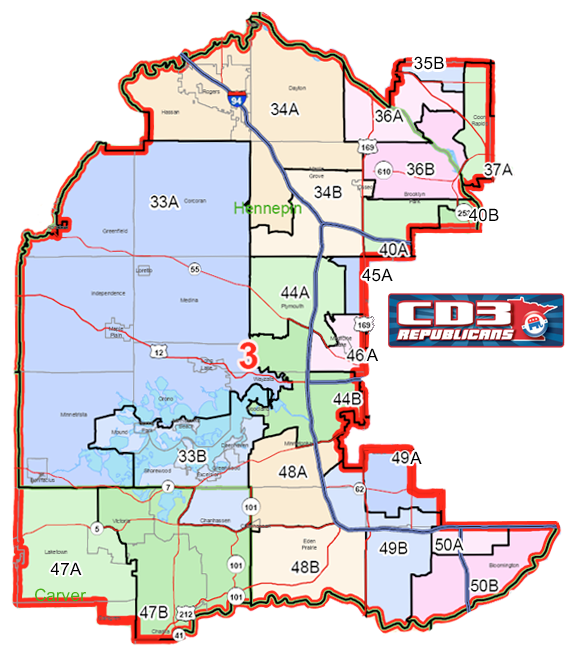